[in the past episodes: having created revenue by making 15 people come from various parts of Italy to another part of Italy which they never visited before, and after organizing a national conference with an unlikely scientific direction, as well as an impossible artistic direction, Andrea and Francesco are getting ready to launch their vessel, called “BuioMetria Partecipativa I”  – see also ep. 2 ]

Concerning July 2008, I had to make an effort. Off the top of my head I did not recall what happened in “the Tuscan path to BuioMetria Partecipativa” (so was the project presented on June 9, 2008 in Ribolla).

In fact, if you look up the official sources, in the archives of the BMP site for July 2008 there are no entries: no events, nor announcements. Maybe we just needed a break after the initial design phase (it took us almost four months of preparation). On the other side…I’m not sure we were taking a break. If you look closer, we had Luca Delucchi, with long hair at the time, who was crunching PHP pages like wheat into flour, to set up the map pages for the future site. On top of that, there were lots of things brewing.

Checking the captain’s log, memories come back. To get a visual taste of it:

1. Any page of e-mail correspondence for July 2008 (with minimal precautions for privacy) 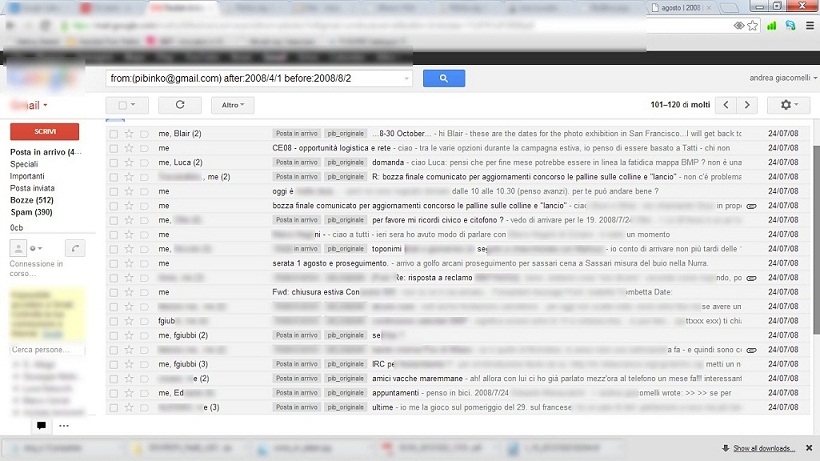 2. An attempt to break the Guinnes apnea record (I was taking the picture) 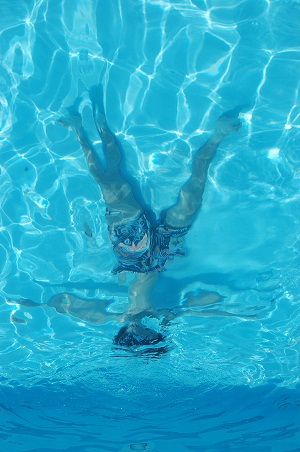 3. my second participation to the Creative Commons Festival in Vigheffio, close to Parma (again: taking the picture, but also giving a talk) 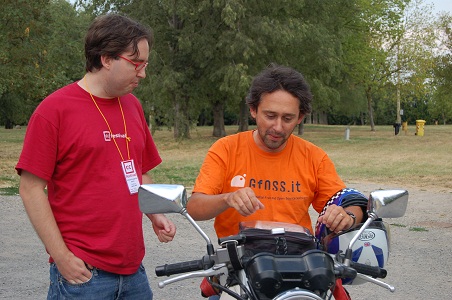 4. the first round for the photographic contest “Chi la vede è bravo”, linked to the exhibition “little balls on the hills” 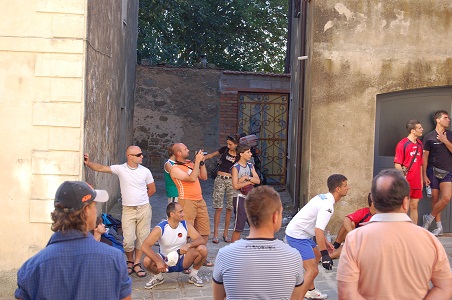 5. a visit to Rome, the eternal city (with eternal public competitions for a job) 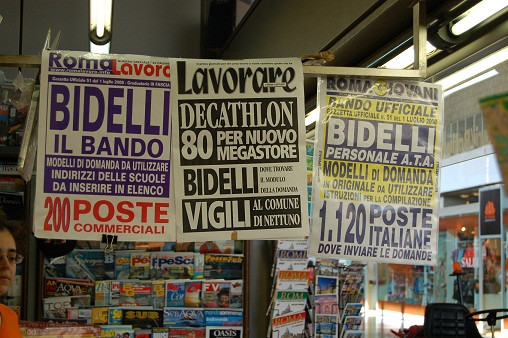 While assembling this showcase, it also occurred to my mind that at the beginning of July 2008 we were closing the M(‘)appare Milano project.

This happened with a meeting where GFOSS.it (the Italian OSGEO chapter, for which at the time I was acting as board member and media relations manager) and the community of OpenStreetMap activists in Italy proposed to meeting open to whoever wanted to tell how this participatory mapping effort took place

For the M(‘)appare Milano project I would also like to take the opportunity and thank Cristiano Valli and Disma Pestalozza. These two guys, who were among the authors of the radio show “MenteLocale” (local mind) on Radio Popolare Milano. They believed in the project since Day 1, and gave us the opportunity of reaching people which we would have never found ohterwise for such an activity.

The afternoon in Politecnico di Milano (campus Leonardo) was for me the first time I started to share with a live audience a line of thought which started with participatory mapping, and and was drifting into considering a system composed by people-technology-territory. For that event I prepared a summary of such ideas, which were proposed in a presentation called “why are we here ?” (“Perché siamo qui? in Italian”).
In the same month, I also had for the first time the opportunity of realizing that the value of free/open information is not the same for all.

However, the story of the M(‘)appare Milano is in another book, so I will stop here (but fear noti: on the story about the value of nice stories we will come back even in B.S.D.B.M.P.).

[In the next episode: miles, miles, and miles, on land and at sea, and an end of the world]