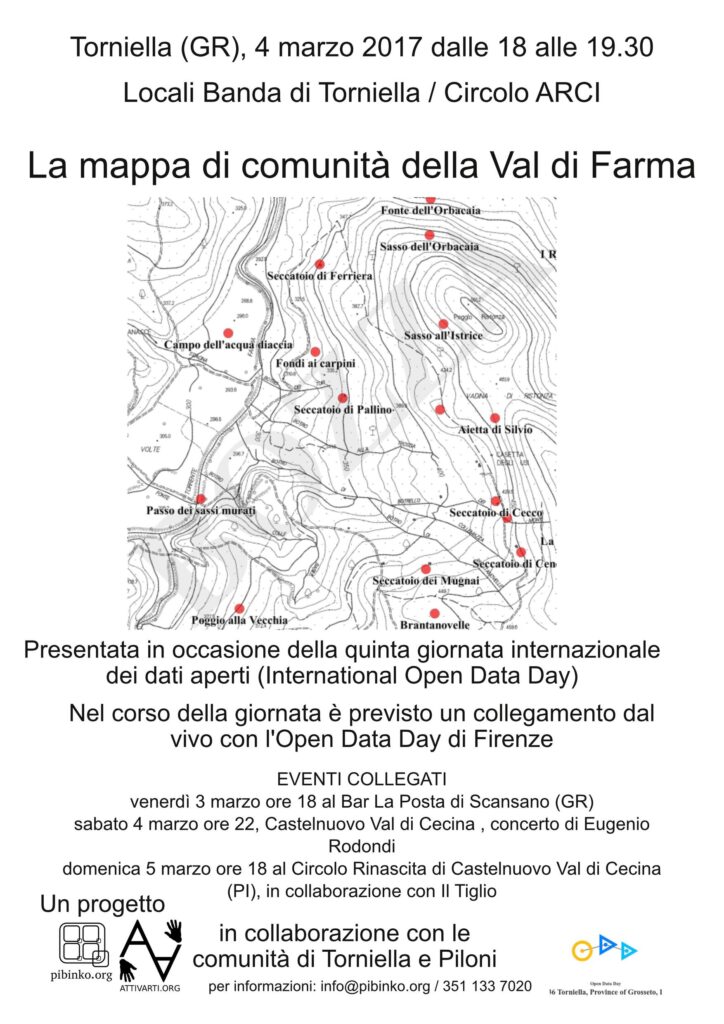 During the last International Open Data Day, on March 4, 2017, we presented the first draft copy of the Farma Valley community map, with two events in Scansano and Castelnuovo Val di Cecina as warm-up and debriefing events.

This map was the first result of an activity stated at the end of 2014, when we participated to the competition for location-based games launched by the INVOLEN EU research project. At that time we interviewed a group of residents from the hamlets of Torniella and Piloni, asking them do identfiy points of interest and place names which are no longer documented in the official base maps by the Regional government (you might want to read our article from the proceeding of the final INVOLEN conference to learn more about this: Integrating Culture, Environment, and Open Innovation for Awareness Raising: a Case from the Farma Valley, Tuscany).

The first round of the exercise led to recover 114 place names on an extension of approximately 8 square kilometers.

Between March and April we then received an additional set of points of interest reported by the community of Scalvaia, on the Northern side of the valley, with 63 place names over approximately two square kilometers. These have been added to the preexisting points. In the meantime we made contact with other experts from Piloni, who will soon receive a copy of the base maps to provide their input on the area of Montalto, in the Southwestern part of the valley.

The data collected through December 2016 was published on the Regione Toscana Open Data Portal. Meanwhile, ideas were starting to take shape on different ways to deploy the map in the “physical” world. The opportunity arose a couple of weeks ago. 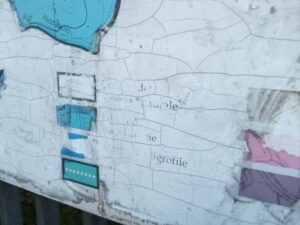 The Attivarti.org association inquired with the Municipality of Roccastrada (administering the hamlets of Torniella and Piloni) about the possibility of revamping a wooden billboard which was installed several years ago as a support for an information sheet concerning the “Pietra” natural reserve. The board was lacking maintenance and not really readable. 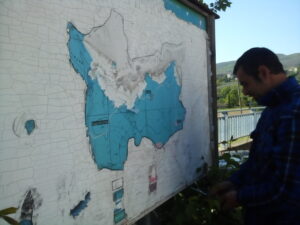 having received an OK to proceed by the Municipality, we recovered the support, cleaned up the vegetation which was gradually covering the installation, and used the renovated board as a base for version 2 of the community map, protected by a plexiglass sheet.

At present the new map has a “square” aspect ratio, so we considered using the remaining space to provide additional information on the Farma Valley and its activities.

As a start, we posted the calendar of events (as of April 29) for June, July, and August, covering initiatives involving the Piloni, Torniella, and Scalvaia communities, the Band of Torniella, Attivarti.org, BuioMetria Partecipativa, and other communities we interact with (such as the palla a 21/palla eh! tournaments). You may also check this calendar online on https://www.pibinko.org/calendar, where you will also find the past trail of events related to the community map, and other interesting projects.

Furthermore, we are in the process of editing information sheets about the valley and more detailed descriptions concerning the map. 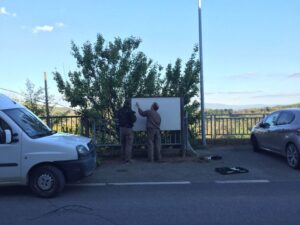 A peculiar aspect of the project concerns the materials and the assembly process. Since we expect to release frequent updates of the map and of the calendar during the Summer, all the graphics have been “spliced” to A4-size sheets. This will simplify -and make less expensive- subsequent edits (we found a few typos in the place names and will need to add new point batches), and will provide  a form of live update on our initiatives for those who cannot follow us via internet, which are not few in the area. 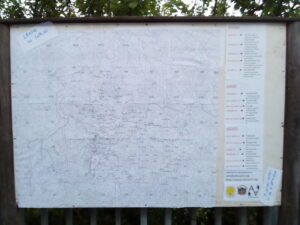 So: where are we with the community map? The residents are extremely interested in the heritage preservation aspect of the project, which higher-level official sources would find very hard to follow. This interest does not just originate from nostalgic emotions (although it is intriguing to record the narrations which are triggered by simply exposing the map to any native). In fact, the map is helping the locals to re-think (or for some to actually think)about potential initiatives to protect and promote the valley.

And what about the feedback by visitors? We will find out in the coming months, with the tourist season approaching. Even just yesterday, with the arrival of relations and friends for the upcoming First of May celebrations, several of them noted the map, where you can locate chestnut drying facilities, WW2 shelters, hunting points, water springs and other points of interest which you may get to know better if you will decide to explore the valley.

For the creation of the new billboard, in addition to thanking the Municipality of Roccastrada for allowing the use of the board, it is important to acknowledge the support by  Andrea Bartalucci, Giorgio Panerati / Casa Bazar, Sara Canu and Bianca Costea.