As per the promotion plan of the Third Farma Valley Winter Fest (in Southern Tuscany Dec 14-16, this year also hosting the Tuscan conference of amateur astronomer associations, including some international guests), we have an event scheduled for tomorrow (Saturday, Dec. 1, 2018) in Madrid, Spain.

The situation is kind of fluid, but not chaotic: at present the venue and the time are not yet defined. However this is an event taking shape a long way from home, and in a city where I was last time in 2004. So bear with me if some details will arrive last minute. For the moment I can say the event will be after 8PM.

Should you be in Madrid, and interested in participating, please write to  info@pibinko.org to have more details as soon as they are available, or check the pibinko.org/news section during the afternoon of Saturday.

If you are interested in the Farma Valley Winter Fest (Southern Tuscany, Dec. 14-16 2018), please check: https://www.pibinko.org/fvwf3/  , noting that not all content is available in English, as per this note.

Meanwhile, some cool live music (in addition to the  Seguridad Social, branobag).

[For a general presentation of the Festival see the Nov. 28 post]

Some visitors reached the valley already in the morning, enticed by the idea of getting to know this lesser know part of Tuscany.
Indoor activities started early PM, with a printing workshop by Wolgfang Scheibe from Tatti, who delivered t-shirts, cards and other souvenirs with his printing kit.
While the set was being prepared for the main act, Wolfgang, Guglielmo Eboli and Pietro Crivelli had a jam session, bringing the attendees to 6.44PM, when the Etruschi from Lakota started their performance. The band shaked the audience with a selection of their songs, mainly proposing their new album (Giù la testa), but also some older hits, with everybody dancing from Corn Flakes onwards.

The versatile Wolfgang (followed by Guglielmo Eboli) was then called on stage for some covers, such as “Everyday I have the Blues” e “Who do you love”.

A sidebar items to the music, the Farma Valley Community Map, which during the past months was updates with new place names in the north side of the Valley (Scalvaia and surroundings), and a measure for the buiometria partecipativa project, reading 21.13 mag/arsec2, at 12.45PM on Dec. 18, Certopiano, to close the long day. 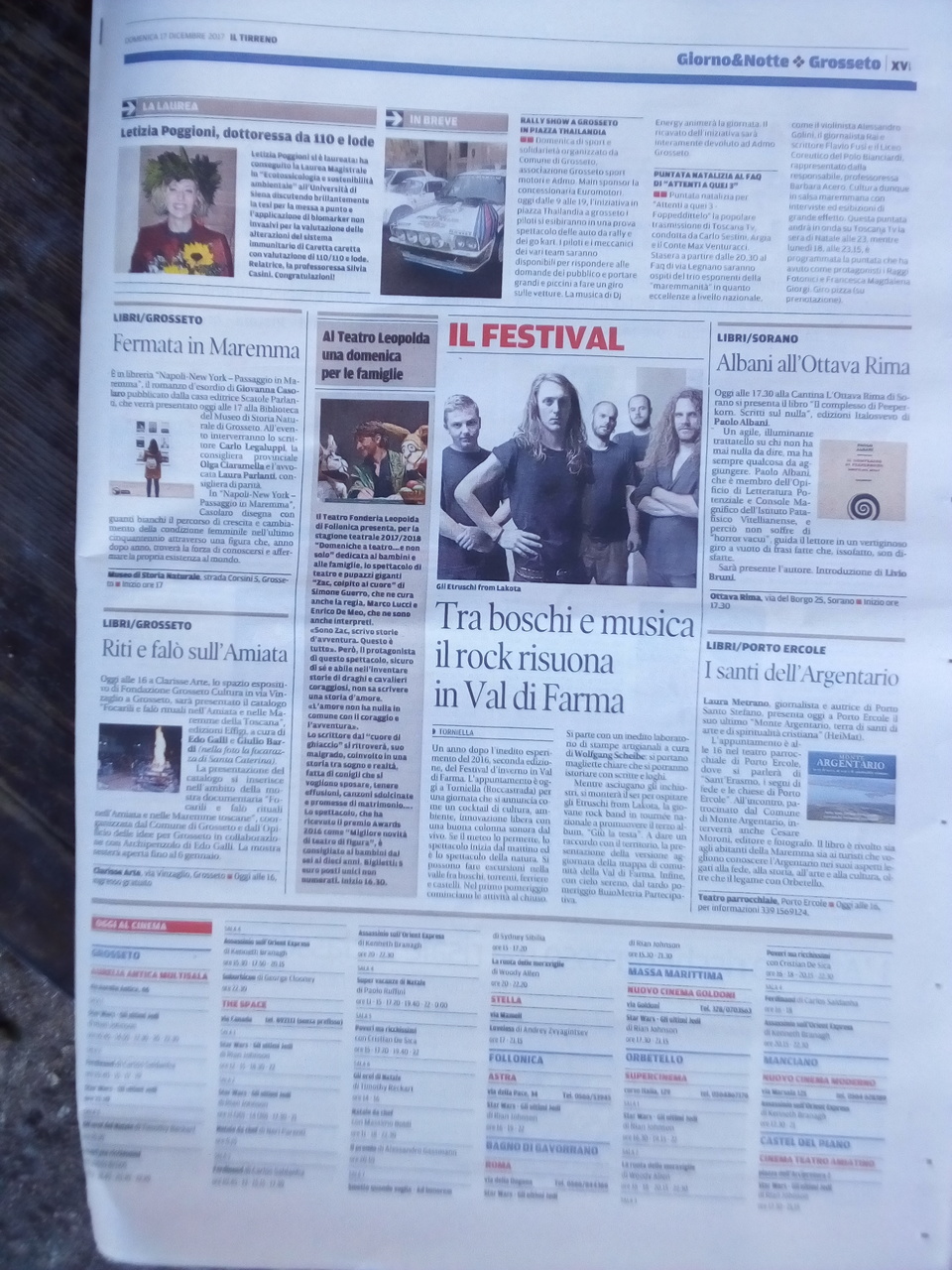 The photo is out of focus…Find an English version of the press release covered by the article on this page. 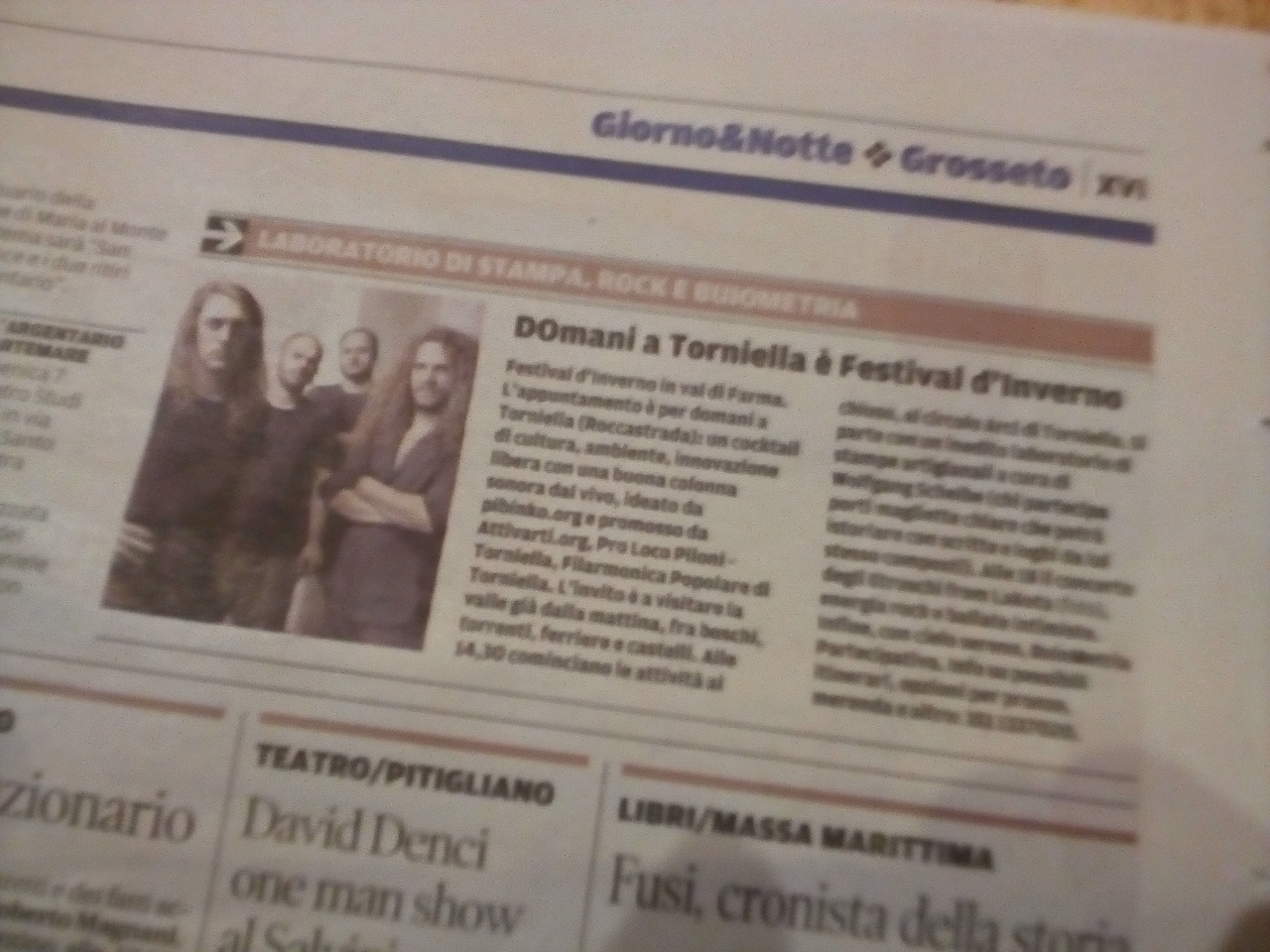 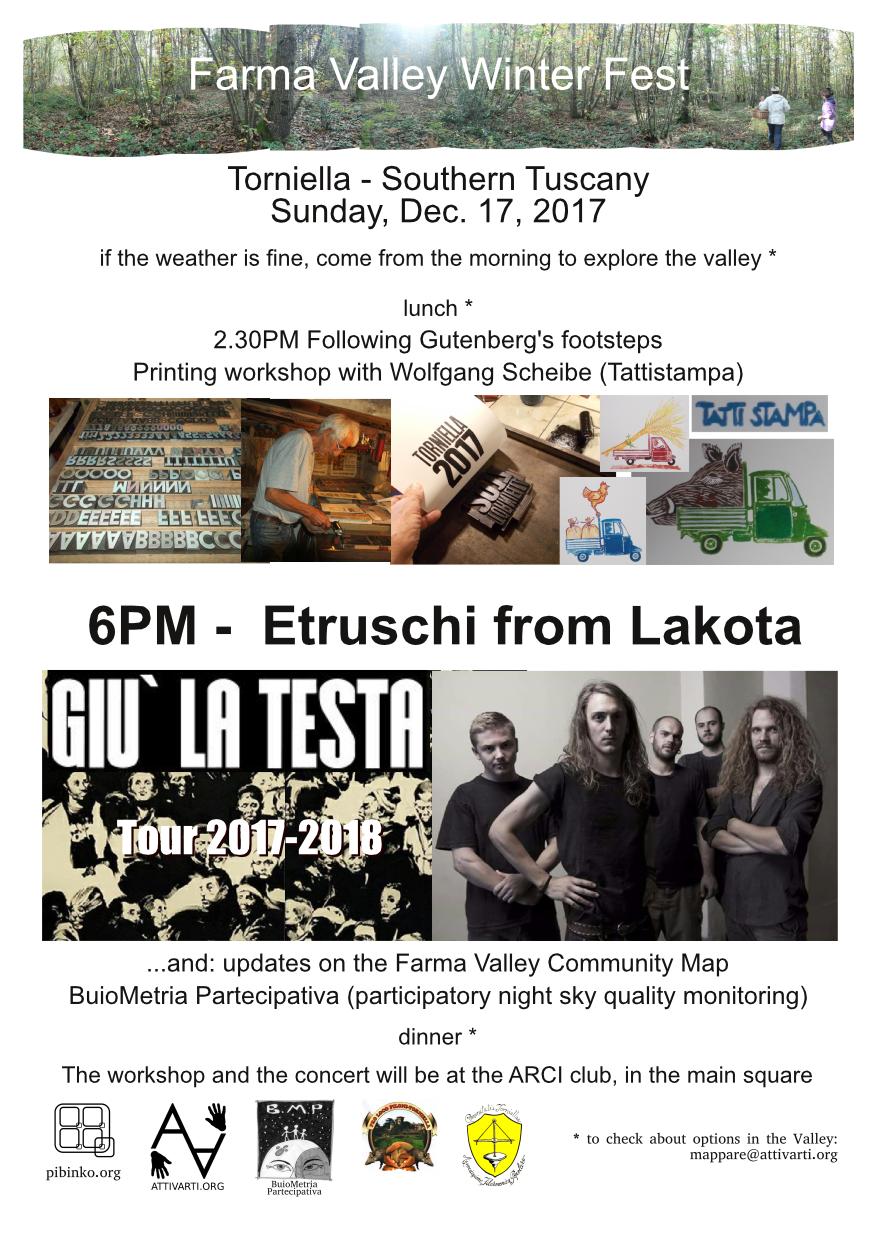 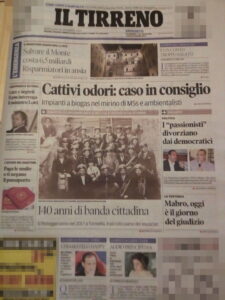 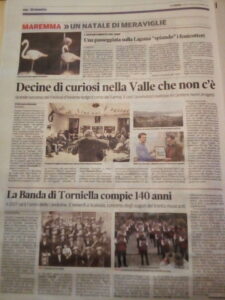