In the branobag blog series, started in 2012 and proposed in various seasons, I have been translating the lyrics for several songs. I kind of lost track of this work, but I recovered it by browsing the articles and tagging them accordingly.

In addition to the songs listed below, the most recent series of translations is related to the “lithobags” published between March and May 2020, during the pilot phase of the Participatory Lithology project. These songs are in the Jug Band Colline Metallifere blog (see this link).

Note: The titles of the “boscoriserva/avresiocsob”, dedicated 2014 to the Woodstock Festival, are intentionally “mis-translated”.

For comments, questions, or requests for new translations, please write to info@pibinko.org

Luciano Massetti, from the Italian Research Council’s Institute of Bioeconomy in Florence, has published on the Journal of Quantitative Spectroscopy and Radiative Transfer and article analysing three years of data collected through the night sky quality meter network deployed since 2016 in Tuscany. The network currently has sensors in Sesto Fiorentino (right next to Florence), Leghorn, the San Rossore Park just West of Pisa, and on the Island of Montecristo. We are collaborating on these topics with Luciano since 2016 with our BuioMetria Partecipativa project.

Through September the full article may be downloaded from https://authors.elsevier.com/a/1bbea564SNVl5

After over twelve years of service, we had to shut down the old page with the map of measurements collected in the project, and maintained thanks Luca Delucchi. We are working on a new version on the map. In the meantime, you may browse this temporary version. For more informazioni bmp@pibinko.org 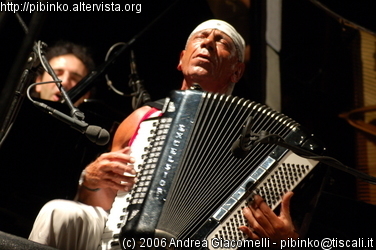 Please visit also the rest of the Stuff-o-theque: http://www.pibinko.org/stuff-o-teque/

To provide yet another expression for the concept of “interdisciplinary protection and promotion of lesser known assets in the fields of culture, environment, and open innovation“, Mauro Tirannosauro wrote a few lines of code displaying all of the photos published on the pibinko.org and Jug Band Colline Metallifere WordPress sites in a single sequence, generating a sort of mosaic.

The result is a photo log which is partly in chronological order (for each event we do we have at least one photo on the site), and partly not, since we are also gradually importing to the site photos of things we did in pre-blog times (since 2000), which in the system are assigned the data of when the file is uploaded. In any case the effect is interesting, and some of you may recognise situations and folks.

To see the whole “movie” try: http://www.pibinko.org/scripts/listallimg2.php . This will get you over 1500 images (as of August 10, 2020), and will require some time to load, although the final effect is neat. Otherwise, you can try the month-by-month option:

If some of the shots capture your curiosity, you can try and find the corresponding news on the blogs, or write for more information.