It’s not really our choice, but in several cases when we schedule public measurement seassions with the BuioMetria Partecipativa project we then get overcast weather conditions.

In fact, one of the triggers of the project, back in 2008, was to minimize the impact of Murphy’s Law by disconnecting the measurements from the expert and from a specific event, and having the sensors circulate among citizens, so at the end a year, the cloud issue is solved. However, at the end of the day, according to the weather forecast for Southern Tuscany, it’s going to be pretty hard to follow the plan we sketched in the past weeks and published in our April 24 newsletter.

In any case, at least in one of the evenings we will conduct a survey in the area of the Belagaio Natural Reserve to identify interesting locations for the measurements, which we will then collect as soon as cloud cover will allow. 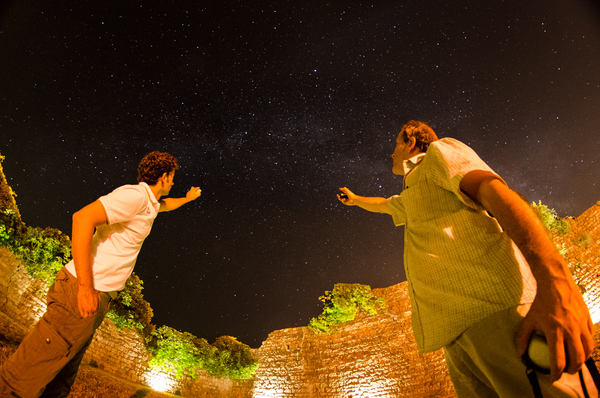 Rain or shine, the meet-up at the  Boscaiolo restaurant in Torniella is confirmed from 7.30PM on April 30. Even if we will have no fresh night sky brightness measurements, this will be an interesting opportunity to refresh some issue on protection and promotion of night skies, starting from the relationship between rural areas, natural reserves, and urban areas. We will also be curious of checking other initiatives which should occur in other locations worldwide in the context of the International Dark Sky Week.

By the way: if the weather forecast for Sunday will be confirmed to be sunny, why not come to the Farma Valley for a day out, and then close your excursion with our meeting in Torniella?

For reservations to dine on April 30 at Il Boscaiolo: info@ilboscaiolotorniella.it