Tuesday May 9, 2017, in Torniella, Farma Valley, Tuscany, we will have the first episode of a series which will unfold during the coming months (see the flyer, in Italian).

We want to raise the issue of the complexity of playing live music (especially for a living) in areas which are far from the big cities and the cultural hubs, but at times revealing hidden talents and artistic alchemies which are hard to find in town. 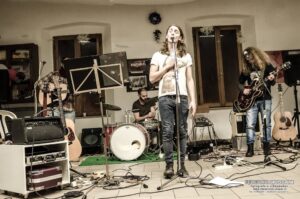 For our first evening we will have two guests which might pose as Cat Stevens’  “Father and Son”, having almost two generations in between. The “son” is Dario Canal, frontman of the Etruschi from Lakota, a young rock band from  Montecastelli Pisano with two albums made and long tours through all of Italy. The “father” is Pietro Crivelli, bass on the first line-up of  the Whisky Trail (the first group in Italy to propose Celtic music, in the mid-Seventies). Pietro relocated in Piloni, right next to Torniella, in 2011, after forty years of roaming the globe, as a musician and a painter, living in India, USA (mostly West Coast), and Bali. 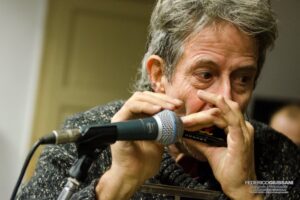 The idea for the evening is to hear from the two artists their opinions and experiences, touching different angles: artistic inspiration, sound engineering, organizational issues, without neglecting anecdotes and juicy stories which take place on- and off-stage.

The event will be moderated by Andrea Giacomelli, aka pibinko. As an environmental engineer he used to be typically involved in geographic information systems, but since he started proposing also other initiatives, such as palla a 21 promotion or buiometria partecipativa (participatory night sky quality monitoring) he also exposed some ideas on music and events where live music has a key part.

Meet us in Torniella, Southern Tuscany, at 6.30PM at the restaurant il Boscaiolo. There will be a nice “aperitivo”, a dinner with typical dishes (or pizza if you prefer), and the actual event will be at 9.30 PM. We expect to close shop at 11PM, with highlights from the pibinko.org calendar of upcoming events.

If you plan to dine at Il Boscaiolo, please contact directly the restaurant: info@ilboscaiolotorniella.it or +3905641768029.