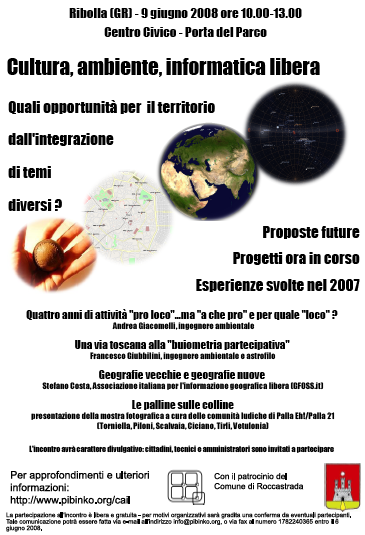 On June 9, 2008, in Ribolla, Southern Tuscany, a conference was organized to discuss how culture, environment, and open innovation may be integrated to generate new opportunities for rural areas. Two of the four talks concerned the developments following the mission to promote the ancient game of palla a 21 in Chicago, Illinois, in July 2007. This operation, in turn, generated invitations to propose the game in two festivals in Italy (Verona and Mantova), plus the idea of setting up a photo exhibition (presented first in Ribolla a couple of months later in San Francisco, California) and a contest to shoot photos of the ball during the 2008 tournaments.

A third talk was about free/open- source mapping, by Stefano Costa, a young archaeologist with a significant experience in this field.

The fourth talk, given by Francesco Giubbilini, was -in fact- the launch of the BuioMetria Partecipativa project. This came after about four months of planning and preliminary tests, together with Andrea Giacomelli.  In this phase we also investigated about other similar projects internationally, and we learned that -as of Spring 2008- globally there was only one other initiative following the same approach (i.e. conducting measurements of night sky quality by lending sensors to citizens), in Hong Kong.

The initiative immediately gained national media coverage, with an interview for  RAI Radio Due, and started its public operations.

The road since then has been long, and according to some observers excessively winding in complexity and complication. However, we found we have the possibility of intertwining topics, methods and people with different background, so we just do it. Many observers -in time- have revisited their initially puzzled opinions, and are now following with interest our work.

We are now nine years into collecting light pollution data in “citizen science” mode, providing awareness raising on issues related to artificial light at night from the standpoint of environmental engineering and with an interdisciplinary approach, we use advanced technologies for data management (geographic information systems), and we advocate -and adopt- open source and open data models to share knowledge. 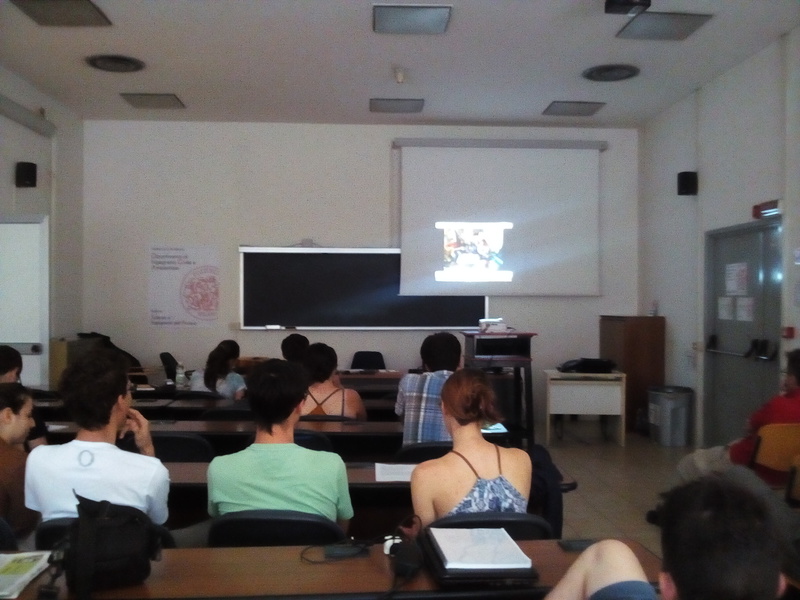 In its basic form, i.e. the citizen science level, the project has been engineered to operate with minimal resources, which we have covered in time via awards, small funding from European projects, and a partial support of the key local communities involved. In parallel we are always seeking new opportunities to develop parts of the project which are currently in a preliminary form, but which would not be difficult to deliver -once we find the right stakeholders and appropriate resources- given the long-term expertise of our team on environmental monitoring.

Next to the awareness raising thread, we also propose services, consulting and training concerning “the other half of the landscape”, and a vision on artificial lighting which is often a complement to professionals engaged in the lighting business. We also have the differentiator of being based in the Farma Valley, Southern Tuscany. This is a lesser known portion of this region,  in one of the areas with the darkest night skies in Italy, which is generally renown to be a country with quite high levels of lighting and light pollution…we decided to build the project in a rural context, far from smart cities and broadband communications, but always maintaining a wider view on things happening. 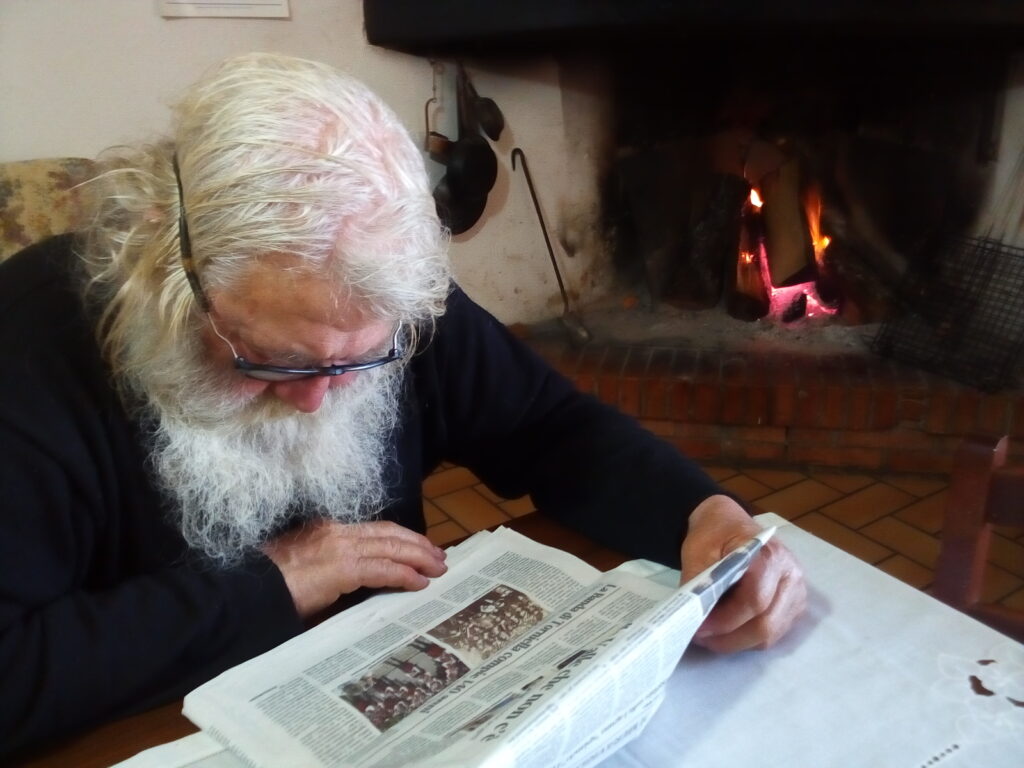 In time, our team has evolved. Of the initial “line-up” only one remains (i.e. Andrea Giacomelli), but other experts have appeared, also increasing the skill set adding expertise in natural sciences, photography, construction and maintenance. In spite of these transitions, the project has maintained its alignment with respect to its original objectives. It has also obtained recognition from different counterparts in Italy and abroad, is receiving increasing attention from various market sectors, as well as from the scientific community.

While we prepare the tenth anniversary of our Palla a 21 at the Art of Play of Chicago story, we are also tuning our upcoming BuioMetria Partecipativa Summer campaign. This year activities are taking shape in collaboration with the University of Pisa (Departiment of Biology), and with the National Research Council’s Institute of Biometeorology, and  it will focus on parts of the Tuscan coast.