[blog post added on July 25, 2015. The official version of this article, in Italian, is available from the official archives of the Geomedia magazine, which I thank once more for hosting it. The article was written sometime between December 2009 and January 2010 and was, in fact, published after I left GFOSS.it] 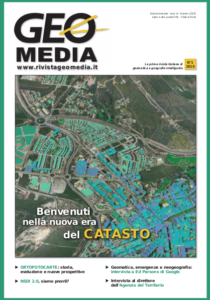 The article gives an overview of my three years of activity in the Italian association for free geographic information (GFOSS.it). Albeit with some organizational constraints, the free/open source geomatic sector is growing. 2010 represents a pivotal moment for the association: in addition to the election of a new board, this is also the year when the FOSS4G conference, the main global event on free/open geospatial technologies will come back to Europe.

In 1998 Eric S. Raymond, a software programmer, wrote an essay called “The Cathedral and the Bazaar”. In this work he compared the development model of proprietary software (the cathedral) to that of free software (the bazaar), and he indicated that the bazar was the desireable model.
The Italian association for free geographic information (GFOSS.it) started to operate in February 2007 and placed itself, in its own way, between the cathedral and the bazaar. 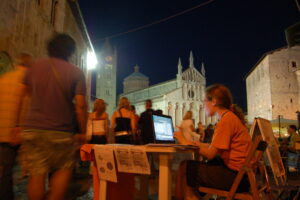 In fact, a strong emphasis has been placed to “stay out there” (some said “to be far out”) and to comunicate with…anybody. In almost three years we created dozens of events from Bolzano, in the deep North of Italy, to Matera, in the deep South. We engaged people in creative situations, but we also had a part in institutional events. We invited to participate blind people, and people behind blinds, common citizens, and Commons without citizens, and we liaised with international organizations active in the same topics. We proposed our story seamlessly across different media: web, press, radio, videos, photography.
Next to the fieldwork, GFOSS.it represented a context for aggregation and, for those who were interested in seeing this opportunity, a context for a debate on professional topics, such as new licenses, education paradigms, and business conduct.

Among other subjects, a lot of attention was dedicated to open data, especially with a lot of promotional activities for OpenStreetMap (OSM) in 2008.

The interaction with the OpenStreetMap community turned out to be extremely interesting. On one side it helped me to define new concepts and terms concerning the relationship between citizens and the space around them. I created the term m(‘)appare  in 2008 for the m(‘)appare Milano campaign. On the other side, the dynamics which emerged interacting with the Italian OSM community made us think a lot about the neogeographic side of volunteered geographic information movements, and we are still trying to make ends meet in this respect. Finally, GFOSS.it also gave a substantial support to the growth of software projects, as without software there wouldn’t be much to do on data.

In the first months of the second decade of the third millennium the association is facing an important moment in a peculiar year.

The importance of this moment is given by the fact that the GFOSS.it board will be renewed, with new folks and new energies to run the association. The peculiarity of the year is given by  approach on our continent (in Barcelona, Catalunya) of the FOSS4G conference. This is a global event where several hundreds of people are expected, all united under the aegis of open geographic data and free software.

So, what may happen, in this context?

I wish that the efforts and the investments made in the past three years will be of use as foundation blocks. At times my feeling is that, rather than a bazaar- the dimension of Italian free software is more like a small parish (if we like the idea of metaphors in line with a cathedral). At the same time, evidence and results obtained show an objectively good technology level, a trend in the spread of free/open systems and, thus, a clear opportunity for growth and maturity in this sector.

What are the possible developments?

GFOSS.it will surely undergo a transition. The Barcelona event will represent a very high-level attractor, but for some local actors it may be more of a joyride than an actual help. What cannot be denied in Italy is the grassroots presence of about three hundred associations related, to various extents, to the idea of digital rights and digital freedom, and these are the grounds on which I would like to develop my upcoming work.

In practice, through GFOSS.it I invited last January in Bologna representatives of various associations for a first joint meeting, with the idea of defining together initiatives for future collaboration. I threw a pebble in the pond. We will see if the ripples will propagate through it, especially with the next Linux Day (October 23) as an ideal joint milestone. 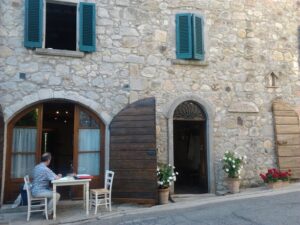 Eric S. Raymond is American. I am European, and have lived most of my time in Mediterranean countries: I know beautiful cathedrals, impressive mosques, and other manufacts. At the same time, I end up quite often in very lively bazaars (essentially: every time I go for grocery in any neighbourhood market in Italy).

I like to think that the model which I triggered three years ago in the GFOSS.it context represents an attempt to connect the cathedral to the bazaar, and I will keep on working in this direction.

ANDREA GIACOMELLI
GFOSS.it founding member. From 2007 to 2010 he acted as the communications manager for the association. He currently works as a free-lance on projects related to culture, environment, and open innovation and is president of Attivarti.org
INFO@PIBINKO.ORG