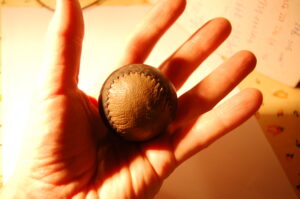 The palla a 21 tournament in Torniella, on August 9, whas interrupted around 8PM due to “impending obscurity”.

With the evening approaching, the ball becomes invisible. The most ruthless “mandatori” (the players who serve the ball) will start to lower the serving angle, so the others won’t see it coming, and they are bound to score easy points.

But, there is a big but: with all the stamina gone during the day, all those “hydrating fluids” taken during the games, what starts as a nice competitive game might end up being a bit twisted, or simply create the grounds for recrimination, due to the non-optimal conditions of the field. And recrimination is never productive. To make a long story short, the game is re-scheduled.

In the Torniella final, the situation sees Scalvaia and Ciciano, each with a “ventuno” (21, i.e. a set). So, the third and conclusive 21 needs to be played. The date is still to be confirmed, pending the verification of the availability of the players. We will keep you posted.

The good news (if you will call it good) from Torniella: both local teams were out in the qualification stage! So it feels definitely like the wizards from last year have lost their magic wand. They can still find it and do some magic in the last two tournaments for this year…but they will need to shape up and pull out the “eye of the tiger”, which we clearly saw in some of the players form other teams (take Alessio Bartalucci from Piloni “A” during his games in Torniella).

In the meantime, the fifth of the six tournaments for this year, Piloni, is approaching. As we wait, or maybe between two games, why not have a refreshing plunge in the Farma creek (just a few bends down the road, between Piloni-Torniella and Scalvaia)?
That’s how the palla a 21 players do it, especially those from other villages. In principle they could ask to use the showers by the football field…but the creek is a lot cooler (in all ways)! Sara Bartalucci gives us an example of the setting, just under the bridge. The creek as lots of other scenic spots (with the “canaloni” site representing the flagship) 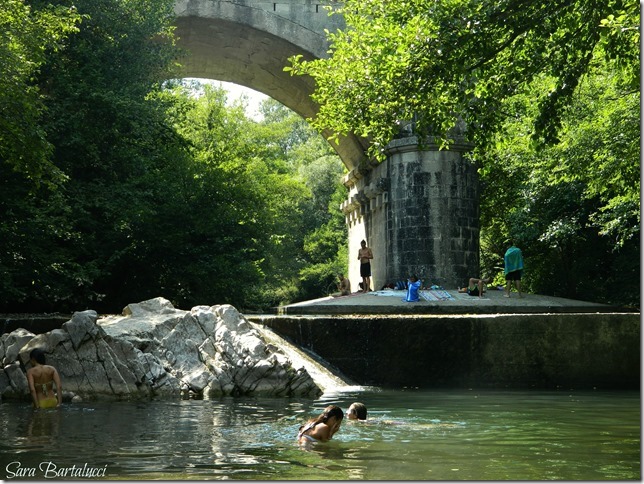 So: see you in the square in Piloni, from 3PM on Saturday August 22, and at the same time on Sunday August 23.