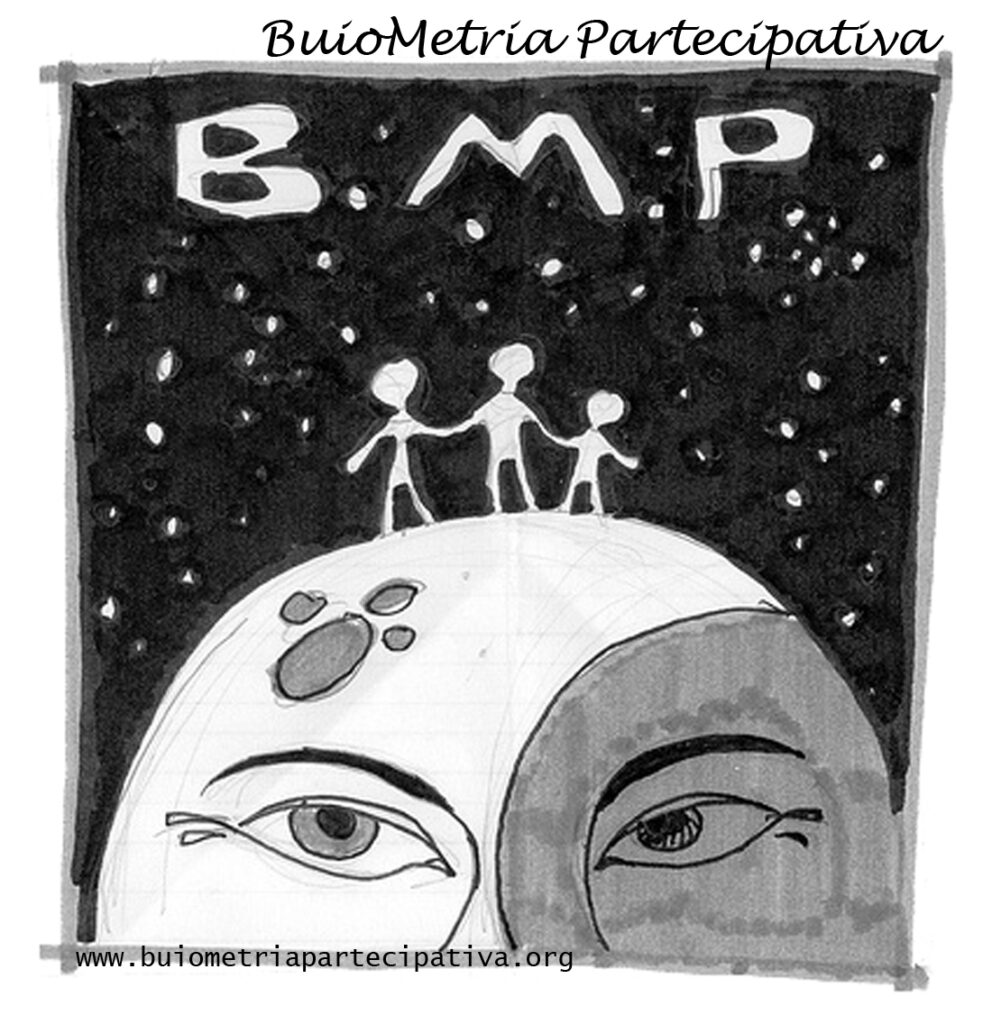 Thursday, Nov. 22, 2018 from 2.30PM to 3.30PM with the landscape planning  course at the Faculty of Architecture, Politecnico di Milano (via Bonardi),  there will be a seminar on  Planning the “upper half of the landscape” (pianificare l’altra metà del paesaggio, in Italian) where we will explain the BuioMetria Partecipativa point of view on this topic. The lecture will be given in English (as all of the course lectures).
This is not the first time that BuioMetria Partecipativa goes to Politecnico (2011, 2014, 2015, 2017), nor is it the first time that we speak to architects (2014, Summer School in Porto). However this is the first time that we speak to architects from Politecnico, and for a Politecnico MS Engineer (and PhD) this is news.
As I think of it, actually it is not even the first time in this respect. The Politecnico Architecture Faculty hosted the final event of the m(‘)appare Milano campaign (a localized version of an OpenStreetMap mapping party), which interestingly happened in the same months when the BuioMetria Partecipativa project was being written. You may check this page on m(‘)appare and this video for a coverage of the first round of the mapping campaign (Apr. 6, 2008).
Independently of open data nostalgia (or the sense of putting a project in a perspective) please see below the abstract for next week’s seminar. Should you not be able to attend, but interested in learning more about these topics or sharing your views, please write to bmp@pibinko.org.
Planning the Upper Half of the Landscapa – A. Giacomelli

People are often used to think of landscape planning as a discipline involving elements with a connection to the ground, with the sky being merely a backdrop to our projects and our operations.

However, at night, lighting networks and installations have an impact on the conditions of night sky which is not only aesthetic (i.e. the reduction of our ability to contemplate a starry sky due to the excess of upward lighting), but also has significant impacts on ecology, astronomy, health and safety, and energy management.
In this respect, the night sky as “the upper half of the landscape” acquires an unprecedented relevance, and suggests planning indications that we can relate to elements we control on the ground.
Interestingly, we will find that mitigation actions on light pollution are not in conflict with lighting levels ensuring safety and security, and that a higher awareness on the effects of artificial light at night will indicate new directions on guidelines and regulations, which planners may want to consider.
While such an awareness has been growing over the past twenty years, lighting installations are also changing very fast, and possibly not always in a direction which is in tune with recent research findings on the effects of artificial light a night. For this reason, there is a need to strengthen an interdisciplinary approach on the topic.
The talk will provide:
(1) an overview of the light pollution issue and measures to mitigate it from various angles
(2) a series of ideas on the sustainable exploitation of night skies as a resource for tourism and education
(3) the presentation of experiences by the speaker’s team, where students may also be involved in 2019.
……
Andrea Giacomelli, PhD in Hydrology (1997), MS in Environmental Engineering (1993)
After his academic studies (Politecnico di Milano and University of Gent, Belgium), he worked for five years in the environmental modelling group at the Sardinia Science and Technology Park, for eight years for an environmental engineering corporation based in Milano, and since 2011 is operating as a free lance based in Southern Tuscany.
His activities cover a part of “traditional” services (primarily consulting on Geographic Information Systems and IT issues), and a part of innovative projects concerning the interdisciplinary promotion of lesser known resources, combining culture, environment, and open innovation.
His flagship initiative in the environmental sector is the BuioMetria Partecipativa project. Launched in 2008, this includes citizen science for night sky monitoring, outreach, and other efforts, primarily directed to the promotion of inner rural areas. Starting as a small community-based endeavour, the project has eventually triggered interesting developments, obtaining awards, frequent national media visibility, and de facto stimulating the birth of a national interdisciplinary network with significant international relations.
For more information:
https://www.pibinko.org http://www.buiometriapartecipativa.org