This was a long talk with Disma Pestalozza and Alessandro Diegoli, providing breaking news on Participatory Lithology, but also going into various flashbacks related to the pibinko.org network. These included “The Revenge of the Killer Chihuahua and of the Zombies” (2006), the ancient game of palla 21, buiometria partecipativa (participatory night sky quality monitoring), Aunt Eda’s yummy recipees, insight on Tatti, Southern Tuscsany, and how the COVID-19 lockdown is lived in lesser-known rural areas..all these stories are documented on the sito pibinko.org. You may consider using this page as an entry point.

Caterpillar on RAI Radio 2 is one of the longest-running and most followed radio shows in Italy. We were honored to have our first public presentation of the project we started on March 21 with an interview by their crew. The audio is, of course, in Italian:

For more information in English on Participatory Lithology: see http://www.pibinko.org/litologiapartecipativa/, write to micalosapevo@pibinko.org or send a message to +39 3317539228 (SMS o whatsapp).

Kudos to Gabriele Sanna for the live recording. The whole show is available as a podcast from the Caterpillar web site.

From 7’38” for three minutes you can listen to Jack O’Malley explaining (in Italian) how the idea of “geomusic” was born and how he is working on this with the Metalliferous Hills Jug Band. Jack then introduces a song on the subject of dreams. Kudos to Linda for the invitation!

Here is a transcript:

Hi this is Jack O’Malley, drummer and scientific director for the Metalliferous Hills Jug Band. What we are developing as a project is something we called “geomusic”, and I would like to explain to you what this is about, in two or three points.
I am an engineer, a PhD, a sort of a scientist. In 25 years I have been to some 1000 conferences and scientific events. At the same time, I like music a lot, so in 25 -let’s make it 40- years, I have been to 1000 concerts.

Out of these conferences, at least half are about the enviroment, about doing good for the Earth, remediating, cleaning the air. On the other hand, when you go to concerts, there is a fair share of songs by artists who are concerned about the environment.

Now: when you go to scientific conferences, at the end of the day you get the icebreaker cocktail, or the dinner, with a jazz quartet in the background. Then, when you go to a concert, the artist will sing a song which will give you some feeling about an environmental issue.

Going back to the scientific conference, you will find many scientists complaining about the fact that, after their strong commitment in a research, they have issues in conveying their findings to improve the environment. On the other side, artists, who may excel in arts, have a hard time to get through to their audience actual concepts and action items to take home.

Geomusic, in its own way, intends to act as liaison between these two positions.

So, we are working on producing music embedding actual explanations in environmental engineering topics and scientific outreach, in a way that people will be entertained, while learning things that they can apply at home. This story started at the end of 2016, after about a year that I was interacting with Etruschi from Lakota. At the time they were touring with their second album “Non ci resta che ridere”, which has a lot of songs about territorial issues.

I also joined forces with a mad German bass player, 70 years old back then, who relocated in Tatti, which is the hamlet where I am also based (and which was my grandfather’s place).

Having formed this team, we started partly to study, and mostly to experiment, with jam sessions and inviting each other, like myself inviting Dario Canal and Simone Sandrucci from EFL to give scientific presentations at national conferences, or EFL inviting me to play on stage, and there we set off with geomusic.
Clearly, geomusic is not developed in the void, in space or in academia, but is “on the road” a lot, and comes by listening to a lot of other music.
Thinking about dreams, I think that a good precursor to what we are doing, and to which I have listened one thousand times, comes from Smashing Pumpkins and the Siamese Dream album. As an example and an introduction you can listen to Cherub Rock

For more information you may visit the JBCM main page, or write to jugbandcm@pibinko.org.

This title was reported by Alessandro S. from Padova, in response to an invitation I sent to several Italian mailing lists to meet in Milano for a geomusical jam session for the Metalliferous Hills Jub Band on Jan. 30.

this was eventually held with Lucio Monocrom, Willy e Colangelo.

These things can happen on a Saturday morning in a 300-resident hamlet cafe, apparently casually..

Please also see the page on the “Communities of Torniella, Piloni, and Scalvaia” under the pibinko.org “Collaborations”, giving some context to this episode.

With and interview to Luciano Massetti (National Research Council Institute of Biometeorology), with whom we collaborate since 2014 on the BuioMetria Partecipativa project. 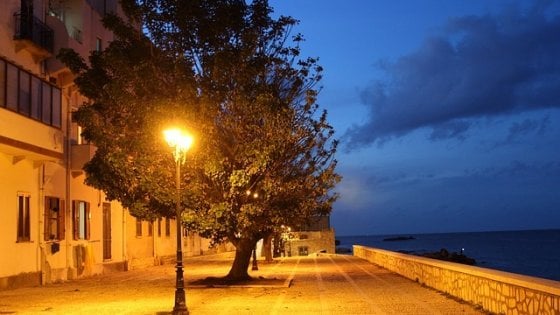 This is a press release by the Italian Research Council, presenting the publication by Luciano Massetti about “Assessing the impact of street lighting on Platanus x acerifolia phenology” Published on Urban Forestry & Urban Greening in August 2018.

The press release was abridged by some national media,  not mentioning the other organisations with which CNR IBIMET collaborates on the topic of light pollution (namely, the University of Pisa and the BuioMetria Partecipativa project).

Find here the full press release (in Italian, for the moment).

Listen to the interview, in Italian (MP3).